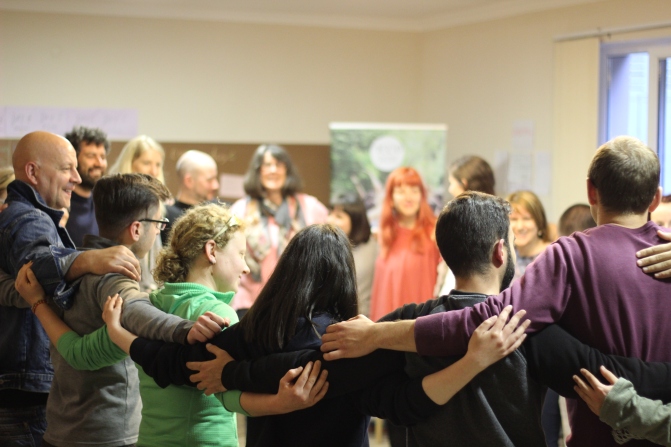 Here I am again. Back to Armenia, this wonderful country that only two years ago I couldn’t even place in the map. This time the project which I took part was not in the capital, Yerevan, but I had to travel a couple of hours to the nothern region to reach the city of Dilijan, a spot of civilization with deep post-soviet backgrounds just in the middle of the mountains. When I arrived I had immediatly the impression to be in a special place: the air was clear and pretty fresh, no loud except the bark of the dogs, a deep smell of country… when suddenly our taxi driver broke the atmosphere pushing the car horn with annoying insistence. We were only at the beginning, because later we discovered that Armenian drivers like the horn very much!

Anyways, the project was a Training Course which was called “Strategic Mentoring” and lasted from the 15th to the 22th of May. It was managed in cooperation by three organizations from Russia, Czech Republic and Armenia and it involved people from 11 countries: Armenia, Russia, Czech Republic, Latvia, Italy, Spain, Slovenia, Portugal, UK, Poland, Georgia.
The Youth Cooperation Center of Dilijan NGO (YCCD) was the host of the Training Course for mentors and is known as a successful organization for several programs on various topics. I asked some more informations about the NGO to Mack, the logistic coordinator of the project: 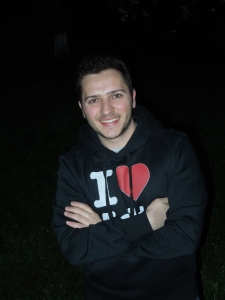 “YCCD is situated in Dilijan and it was established in 2006. Our main mission is to give civic engagment and non formal activities to young people of the city and from 2009 we are implementing Youth in Action and Erasmus+ projects. From 2012 we are also involved in EVS and we recently hosted a volunteer from our italian partner Vicolocorto, who was involved in a project about fotography. We also hosted other nine italian voluteers which helped us to promote armenian culture and heritage in order to engage european people to visit Armenia. We also operate at local level and right now we are running a project in partnership with Georgia which is dedicated to how young people can become touristic guide in the region”.

The other two actors, which concretly created the project, were KURO Hradec Kralové, a non-profit, non-governmental organization from Czech Republic, and Accademy of Innovation from Russia. Me and the other italian participant from Italy, Beatrice, talked a bit with the staff of the two organizations in order to get to know how the project arises.

Lukas, from KURO HR: “As me and my wife, which is an EVS coordinator in our organization, noticed for hosting EVS since three years already, the educational contents and volunteering are developing a lot but there isn’t a clear knowledge about mentoring and about the role and the tasks of the mentor inside the organization. So we thought to make a big project about mentoring then we wrote to our russian partner Natalia of Accademy of Innovation and we suddenly found out she had the same idea two years ago. So we put our efforts together in order to create a training course but first, as we realized that mentor’s issues are different from country to country, we decided to meet some other partners and to have a partnership building activity (PBA) in Czech Republic where we hosted EVS coordinators or legal rappresentant of the organizations. In that occasion we collected some feedback and we started together to write the theme of the training course”.

Natalia from AI: “Me and Lukas were talking about the fact that mentors don’t really know how to work with volunteers and in the other side also EVS hosting organization doesn’t know how to cooperate with mentors and this is why we had to meet. I hope that after this training, people can come back in their countries and spread the tools they shared and learnt in this project”.

Concretely the project was scheduled, obviously in my opinion, to touch some sensible topic day by day and to watch different aspects of each. We started with the usual teambilding activities and then we discussed about our expectation for the training. The second and the third day were dedicated to descover what EVS is, how it works and who is involved in it in one side, and in the other we talked a lot about the learning process and how it is relevant for the volunteers in each phase of their EVS. The facilitators put the focus in the mentor prospective of each topic and they used a lot of tools to push the people to find the answers throught group reflections and various activities. We were sometimes blessed by the sun so we could move our seminar room in the garden where the work was even more productive. The day four was dedicated to the cultural shock issues, so we had to create some possible scenarios that a volunteer might have to face along the EVS and we discussed about them playing a kind of theatre. In the afternoon we moved away for the cultural visit: we were driven though the wonderful landscapes of Armenia and we reached two monansteries in the middle of the mountains at around 2000 metres of altitude. The funny part was that we went there by Mashutka bus, a traditional mean of transport: very common in soviet countries. Well, it was built in soviet time, but it was probably never modernized, so you really had the impression that better you go out and push it!
The fifth day was the most interesting in my opinion, because we talked about comunication styles and conflict management. This last one was the activity who most involved the participants because it created an atmosphere of stress and frustration in the class. It became a real conflict and we had to deal with it. After half an hour of animated negotiations we accomplish our task, but actually we kept discussing about the activity in our free time. The last day of the project was dedicated to find out the motivations that animate people to become mentor and some practical tools to keep that motivation high. We also discussed about ethic behaviors and about the not written contract between volunteer and mentor, in order to better define role and limits of both.
At the end of the day there was some time for the final evaluation about the whole program. I interviewed a couple of participants who wanted to share their point of view. 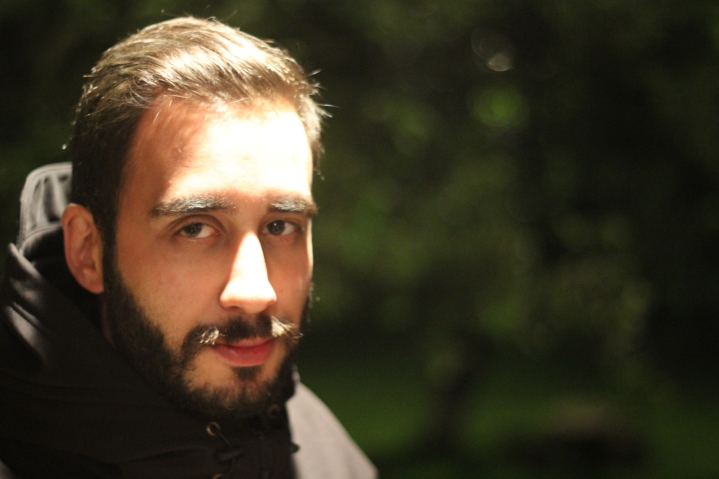 Emma from Spain: “The training course has almost reached the end, and I feel like I’ve learned some practical tools to be a better mentor. It was important to find out different ways to give support to the volunteers in their learning process”.

André from Portugal: “I’ve met a lot of interesting new people and it was also very nice to see Armenia for the first time and to see places that otherwise I would have never seen. The training course was very interesting but so far I can only say that I need a necessary moment for reflection and post-analisys just to assimilate all the things I saw here and to think about how to use this new knowledges in the activities that I’m already proposing”.